2022 Humanist of the Year Ruby Bridges. Photo by Akasha Rabut

Author, activist and civil rights icon Ruby Bridges has been named the Louisiana Endowment for the Humanities’ 2022 Humanist of the Year. In addition to the Humanist of the Year award, the LEH has announced ten Humanities Awards recipients, recognizing documentary filmmakers and photographers, folklorists, literacy and language advocates, historians and more.

Now in their 37th year, the LEH Humanities Awards offer a collective opportunity to celebrate all the humanities have to offer and honor those who have made significant contributions to the understanding of Louisiana’s history and culture. “Humanist of the Year Ruby Bridges and the entire slate of 2022 awardees remind us why the humanities are an essential ingredient in our daily lives. Their work speaks volumes about our past, our present and can indeed point the way to our future. Our job at the LEH is to lift up and celebrate their work and contributions,” said LEH President/Executive Director Miranda Restovic.

The awardees will be highlighted in the spring issue of 64 Parishes magazine, published by the LEH, and they will be recognized during the organization’s annual Bright Lights Awards ceremony in 2022. Full ticket and program details will be available online at www.leh.org/our-work/humanities-awards once available.

Humanist of the Year: Ruby Bridges 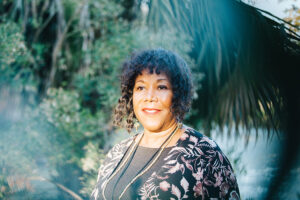 The LEH’s Humanist of the Year award recognizes someone who has made invaluable and lasting contributions to Louisiana’s cultural landscape. The 2022 Humanist of the Year is Ruby Bridges, one of four students who desegregated New Orleans public schools in November 1960. Bridges has educated people around the world about the American civil rights movement by speaking at schools, conferences, and public gatherings. She established the Ruby Bridges Foundation in 1999 to promote “the values of tolerance, respect and appreciation of all differences.”

Bridges is the author of three nonfiction books for children, including Through My Eyes (Scholastic Press, 1999), which won the Carter G. Woodson Book Award from the National Council for the Social Studies in 2000; Ruby Bridges Goes to School (Scholastic Press, 2009), and This Is Your Time, (Delacorte Press, 2020), a New York Times Bestseller.

In 2001, President Bill Clinton awarded Bridges the Presidential Citizens Medal, which recognizes “U.S. citizens who have performed exemplary deeds of service for our nation.” 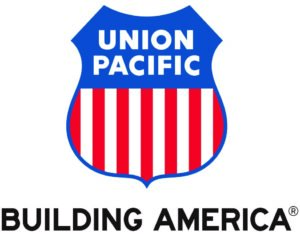 Recipients of the Chair’s Award for Institutional Support have contributed significant financial or programmatic support to the LEH’s mission and programs. The Union Pacific Foundation (UPF) is a valued LEH donor with contributions of $128,500 in the last five years. Projects supported through UPF grants include Prime Time Family Reading; publication of the tricentennial anthology “New Orleans and the World;” the LEH’s Keep It 300! Grants for tricentennial-related programming; and the Louisiana Culture Care Fund for Rebirth PL grants. 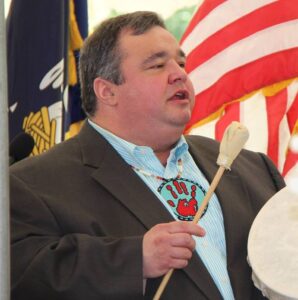 Individuals or organizations that receive the Champion of Culture award have made a lasting mark through their support and promotion of Louisiana’s cultural resources. John Barbry, a member of the Tunica-Biloxi Tribe of Louisiana, has dedicated his life to the promotion and preservation of Native folkways. Among his many contributions, Barbry helped catalogue the “Tunica Treasure,” one of the most important archaeological discoveries of the 20th century and a key factor in the passage of the federal Native American Graves Protection and Repatriation Act in 1990.

Barbry is the director of development and programming for the Tunica-Biloxi tribe’s Language and Culture Revitalization Program, a position he has held since 2014. He has also championed inter-tribal cultural activities by serving as chairman of the Tunica-Biloxi Pow Wow since 1995. 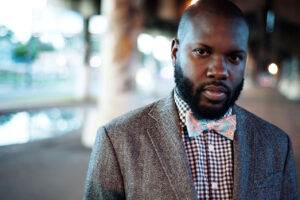 The Documentary Photographer of the Year award honors photographers whose work captures Louisiana’s history, culture, or people. L. Kasimu Harris got his start as a documentary photographer in 2005. Since then, he has been included in seven solo exhibitions, thirty-three group exhibitions, and numerous online and print publications. His photo series have covered topics like the ten years following Hurricane Katrina, Black-owned bars, the failures of the public school system, and the human cost of the COVID-19 pandemic in New Orleans.

Humanities Book of the Year: Economy Hall: The Hidden History of a Free Black Brotherhood by Fatima Shaik 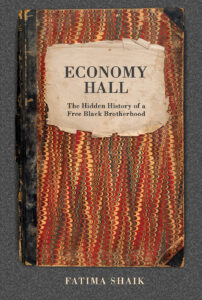 The Humanities Book of the Year award honors a book published between October 1, 2020, and September 30, 2021, that best exemplifies scholarship on Louisiana topics or by Louisiana writers. Published by The Historic New Orleans Collection, Fatima Shaik’s Economy Hall: The Hidden History of a Free Black Brotherhood documents the history of the Société d’Economie et d’Assistance Mutuelle. This multi-ethnic community, which consisted of educators, artists, merchants, soldiers, and tradesmen, stuck together from its founding in 1836 through the Jim Crow era to fight for suffrage and education for all.

Humanities Documentary Film of the Year: The Neutral Ground directed by C. J. Hunt and produced by Darcy McKinnon 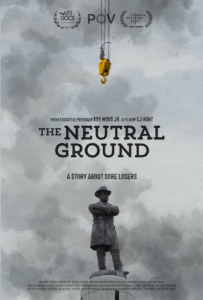 The Humanities Documentary Film of the Year award honors a documentary film from the previous calendar year that best exemplifies scholarship on Louisiana topics or by Louisiana documentary filmmakers. Directed by C. J. Hunt and produced by Darcy McKinnon, The Neutral Ground documents New Orleans’s fight over monuments honoring the Confederacy and white supremacy. The film also tries to understand why America continues to be preoccupied with an army that lost a war over 150 years ago.

Photo: Courtesy of The Neutral Ground.

Lifetime Contributions to the Humanities: Joyce Jackson and Kalamu ya Salaam 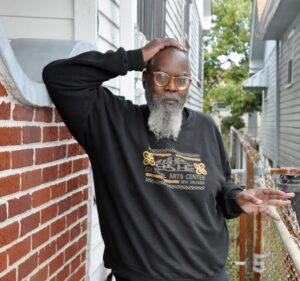 The Lifetime Contributions to the Humanities awards recognize those who have supported and been involved in public appreciation of issues central to the humanities.

Kalamu ya Salaam is a poet, author, teacher, and activist from New Orleans. He was a founding member of BLKARTSOUTH, a community writing and acting workshop that helped Black poets and playwrights develop and showcase their work. He has produced numerous publications, including books of poetry, essays, and articles. He also introduced and edited New Orleans Griot: The Tom Dent Reader (UNO Press, 2018) and I Am New Orleans: Thirty-Six Poets Revisit Marcus Christian’s Definitive Poem (UNO Press, 2020). 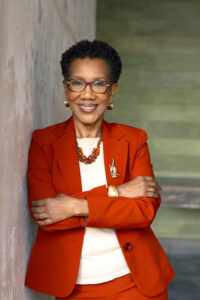 Dr. Joyce Marie Jackson is the chair and James J. Parsons Endowed Professor of the department of geography and anthropology at Louisiana State University. From 2010 to 2016 she served as the university’s director of African and African American studies. Over the course of her career as a folklorist and ethnomusicologist, she has contributed numerous articles, essays, chapters, and other forms of media that further the understanding of African American culture and music, sacred and secular rituals in Africa and the diaspora. and more. She is the author of Life in the Village: A Cultural Memory of the Fazendeville Community (US Department of the Interior, 2003).. 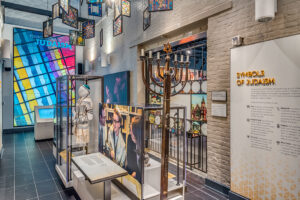 Museum Exhibition of the Year: Museum of the Southern Jewish Experience’s Permanent Exhibition

Awarded biannually in even-numbered years, the Museum Exhibition of the Year award goes to the Museum of the Southern Jewish Experience (MSJE) for its permanent exhibition, which explores Jewish life in the South from the colonial era through the present day. The MSJE opened at its current location on Howard Avenue in New Orleans on May 27, 2021. The permanent exhibition covers topics like waves of Jewish immigration, Jewish experiences during the Civil War, and the reactions of Southern Jews during the Holocaust.

Photo: Courtesy of the Museum of the Southern Jewish Experience.

Light Up for Literacy: Jeannine Pasini Beekman and Tracy Cunningham 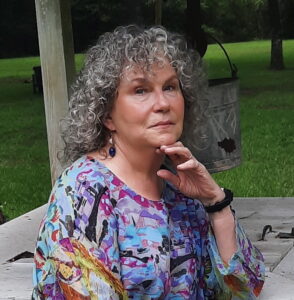 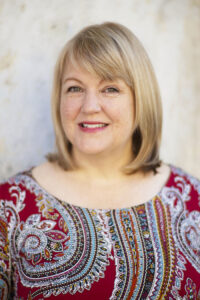 Presented in partnership with the State Library of Louisiana’s Center for the Book, the Light Up for Literacy award recognizes those who have made significant and lasting contributions to literacy efforts in the state.

Jeannine Pasini Beekman is a world-renowned storyteller who encourages audience members to engage with topics through her oral performance of folklore and literature. Her forty-five years of professional storytelling experience includes work as a Prime Time Family Reading storyteller, facilitator, and consultant, as well as an LEH RELIC Scholar.

Tracy Cunningham is recognized for her efforts to develop writers across Louisiana and the country. In addition to her current position as managing director of the Tennessee Williams & New Orleans Literary Festival and co-director of the New Orleans Writing Marathon, she served Walker High School in Livingston Parish as an English and creative writing teacher for twenty-two years.

Each awardee is selected by committees of experts in their fields and LEH staff and board members. The Humanist of the Year, Champion of Culture, and Chair’s Award for Institutional Support are nominated and chosen in-house by members of the LEH board of directors.

Information on programs and events honoring the 2022 Humanities Awards recipients will be announced at a later date. For more information about the awards, visit www.leh.org/our-work/humanities-awards.