Check out some of the LEH-funded programs and events coming up!

Poetry in a Pandemic: John Warner Smith on His Unusual Tenure as Louisiana Poet Laureate 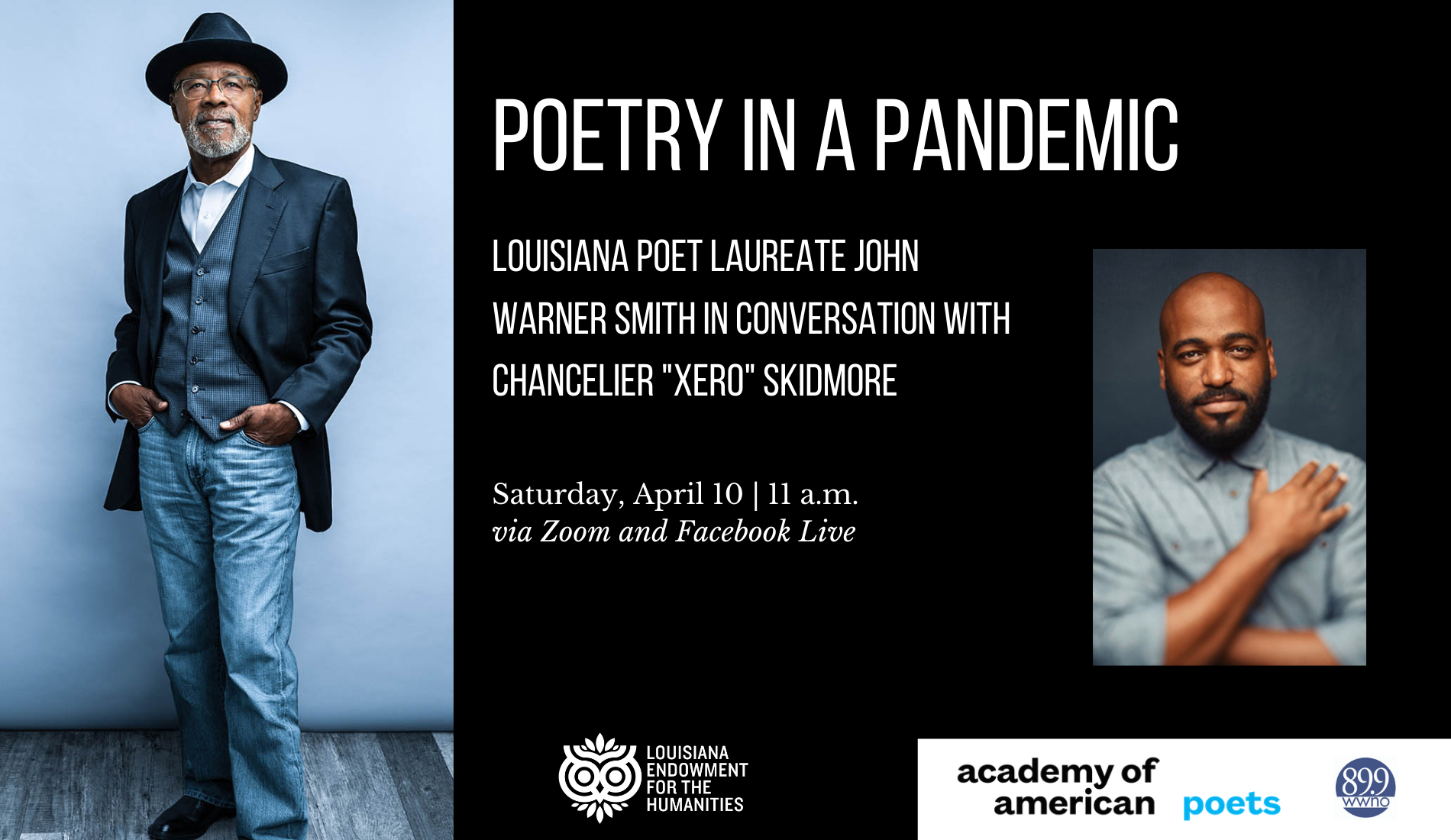 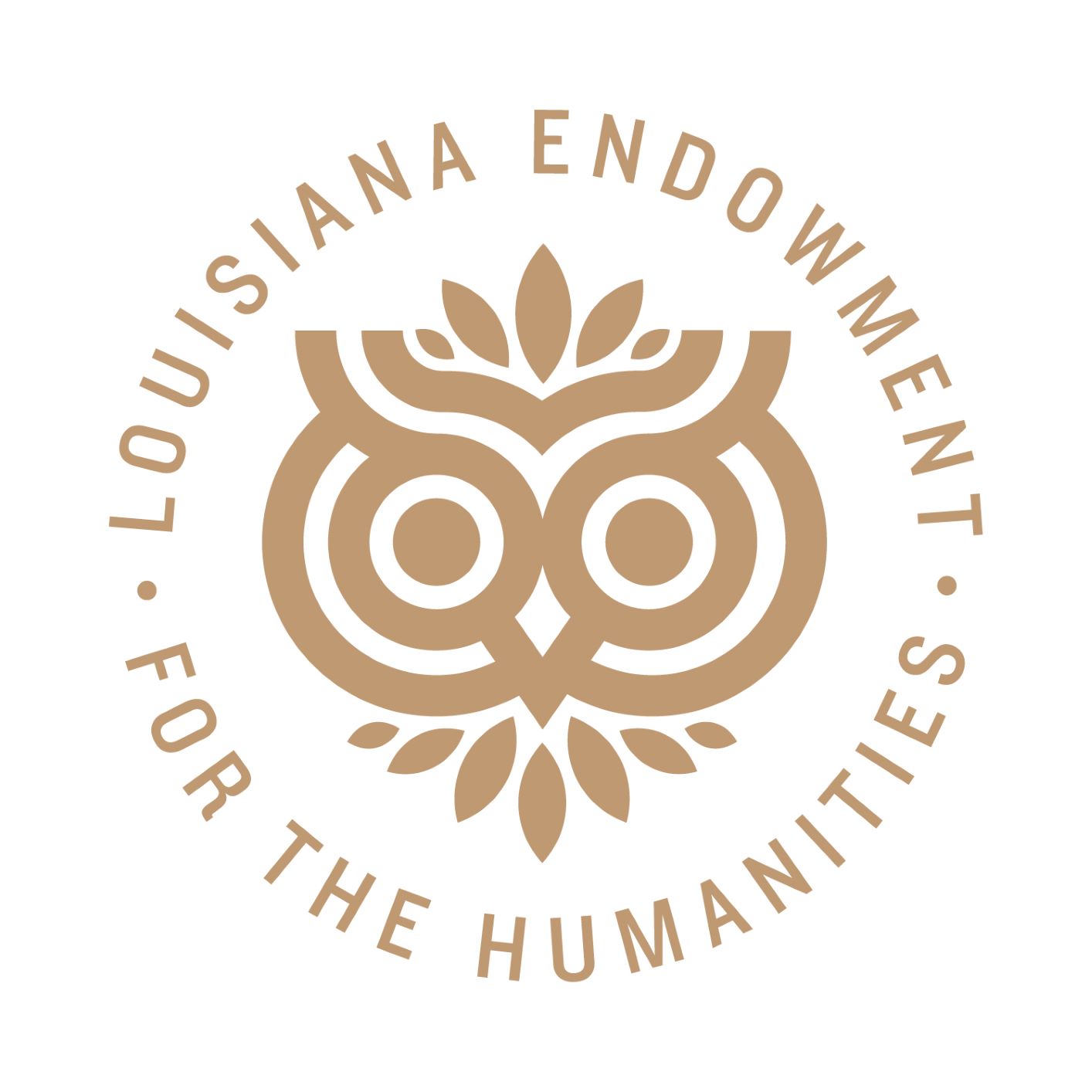 Louisiana Endowment for the Humanities

Read More
Join Louisiana Poet Laureate John Warner Smith for a conversation with Baton Rouge-based spoken-word poet Chancelier “xero” Skidmore on poetry and the pandemic.
Smith, whose two-year poet laureate term began in August 2019, will share his experiences connecting with audiences through virtual means and offer insights on how the writing, reading, and sharing of poetry can provide comfort and context in troubled times.
This program is made possible thanks to support from the Academy of American Poets. Additional support is provided by WWNO 89.9 FM/New Orleans Public Radio.
21 April
6:00 pm - 7:00 pm 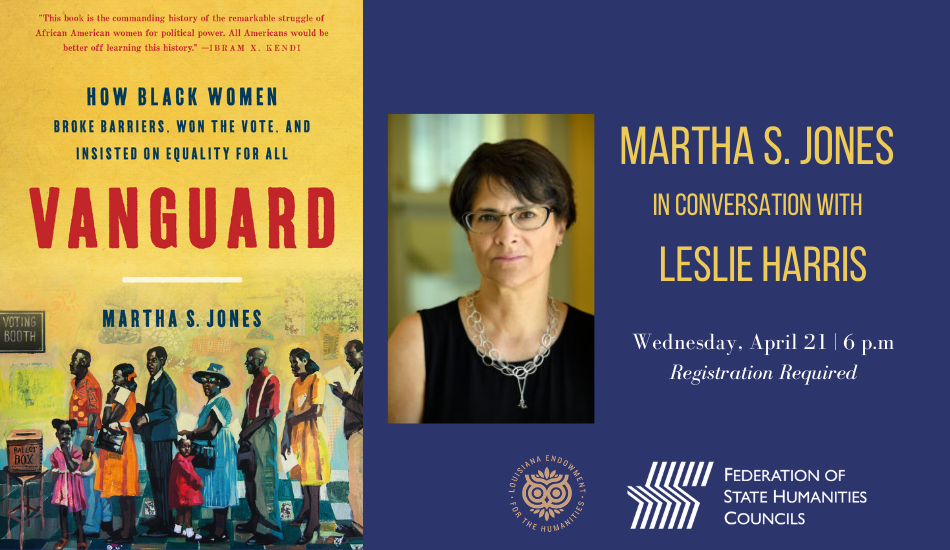 Louisiana Endowment for the Humanities

Join the Louisiana Endowment for the Humanities and Leslie Harris for a conversation with Martha Jones on her groundbreaking book Vanguard: How Black Women Broke Barriers, Won the Vote, and Insisted on Equality for All.

In Vanguard, Jones offers a new history of African American women’s political lives in America. She recounts how they defied both racism and sexism to fight for the ballot, as well as how they wielded what political power they obtained to secure the equality and dignity of all persons. From the earliest days of the republic to the passage of the 1965 Voting Rights Act and beyond, Jones excavates the lives and work of Black women who formed the vanguard of women’s rights activism and called on America to realize its best ideals.

This event is part of Who Gets to Vote? Conversations on Voting Rights in America, a program of the Louisiana Endowment for the Humanities intended to build public understanding of the complicated history of voting rights in the United States. Who Gets to Vote? is part of the “Why It Matters: Civic and Electoral Participation” initiative administered by the Federation of State Humanities Councils and funded by the Andrew W. Mellon Foundation.